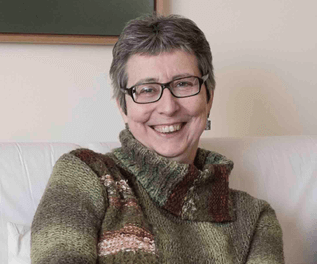 Born in 1956 in the Basque Country, Maria J. Esteban is director of research at the CNRS and works in the field of nonlinear analysis and mathematical physics. She is a specialist in the study of variational problems for solving nonlinear partial differential equations. Her main contributions are in the fields of (variational) mathematical methods in relativistic quantum mechanics and quantum chemistry, fluid structure problems, the study of the qualitative properties of nonlinear elliptical and parabolic equations and the extremal functions of functional inequalities .

In addition to her research, Maria J. Esteban is very involved in the societal activities of the mathematical community. She was notably chair of CEREMADE (Department of Applied Mathematics of the Paris-Dauphine University), president of the French Society of applied and industrial mathematics (SMAI), chair of the committee of applied mathematics of the EMS (European Mathematics Society), member of the board of directors of the European network EU-MATHS-IN, and until recently president of ICIAM (International Council of Industrial and Applied Mathematics). She is co-editor-in-chief of the Annals of the Henri Poincaré Institute (non-linear analysis). She was a plenary speaker at ICMP 2003, invited speaker at the ICM 2018. She is member of EURASC (European Academy of Science), of the Academia Europaea, and of Jakiunde, the Basque Academy of Sciences and Letters, and she is an honorary doctor of the universities of the Basque Country, Valencia and Heriot Watt. In 2019, she received the SIAM Prize for Distinguished Service to the Profession; she also received the Jacques-Louis Lions Prize from the French Académie des Sciences.