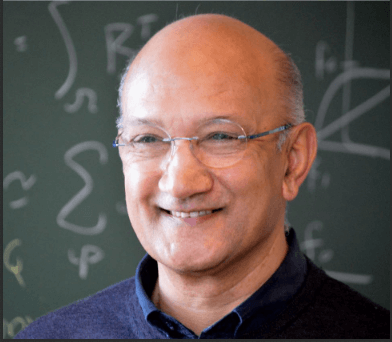 His teaching and research activities reflect his multidisciplinary perspectives. Much of his work is concerned with mathematical and numerical analysis of problems arising in solid and fluid mechanics. His many publications include two graduate-level texts, and a research monograph, now in its second edition, on plasticity theory.

Daya Reddy is actively involved in bodies that work towards strengthening the scientific enterprise and providing science advice to policymakers. He served a term as president of the Academy of Science of South Africa, and is currently president of the International Science Council, the largest representative non-governmental scientific organization globally.

He is a recipient of the Award for Distinguished Service from the South African Association for Computational and Applied Mechanics,the South African Mathematical Society’s Award for Research Distinction, and the Order of Mapungubwe from the President of South Africa. He has held numerous visiting positions, including those of Visiting Faculty Fellow at the University of Texas at Austin and the Timoshenko Lecturer at Stanford University. He is a recipient of the Georg Forster Research Award from the Alexander von Humboldt Foundation of Germany.